Dealerships are under a constant barrage of rules, regulations, and requirements.  Automobile  dealership compliance is tougher than ever. Moreover, those rules are changing constantly.  Agencies that didn't exist in 2010 now probe deeply into dealers' businesses.  At the same time, laws that were written more than 100 years ago - before the "information revolution" and the Internet - also still impose serious and significant requirements on dealers.  Dealerships rely on lawyers who concentrate on automobile dealership law.

​Law Offices of Stuart A. Rosenthal 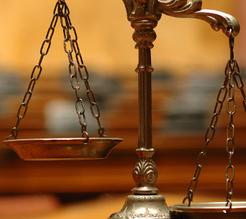 Stuart A. Rosenthal has more  than  35 years of experience that relates to the automotive retail business and automobile dealership law.  As General Counsel and Vice President for Legal Affairs of the Greater New York Automobile Dealers Association (GNYADA) for nearly two decades, he played a key role in the Association's many legal, legislative, and regulatory initiatives. During that time, the Association achieved nearly 50 major new dealer franchise protections, and advanced Dealer's interests in the legislature, in the courts, and at key state agencies. He was instrumental in successfully blocking the imposition of harsh and unfair laws or regulations on auto dealers.

While he was at GNYADA, he was selected to serve on the New York City Mayor's Task Force on (Automobile) Insurance Rates, alongside the Commissioner of Consumer Affairs, the President of the BBB of NY, and leading insurance law practitioners.  In 2011, he was a panel member on the U. S. Federal Trade Commission's look into the future of Automotive Retailing, The Road Ahead.

Prior to joining GNYADA, Stuart was an Assistant Attorney General under three Attorneys General in New York State and held several leadership roles under three Commissioners during the ten years that he worked at the New York City Department of Consumer Affairs. He was also Vice Chairman of the National Conference on Weights and Measures (U.S. Department Commerce) and Chairman of its Laws and Regulations Committee during that time.

Stuart is a graduate of the Hofstra University School of Law and is admitted to the Bar of State of New York, in the Federal Courts in New York (Southern District and Eastern  District), and in the U.S. Supreme Court. He was a three-term (nine-year) member of the Board of Directors of the National Association of Dealer Counsel. ​He has been active in a number of professional and community organizations, including serving for six years on the Pocantico Hills Central School District Board of Trustees, including two years as President. He was also appointed a special Deputy Town Supervisor in the Town of Greenburgh (Westchester County).
​​

​Stuart is Of Counsel to Bass Sox Mercer, a highly-respected  law firm that represents automotive dealers throughout the nation.  He draws on BSM's expertise and support for issues across the automotive spectrum.  He is also of Counsel to The Towne Law Firm of Albany, New York, who also concentrate in automotive matters.

In addition to representing and counseling dealers, Stuart also lectures on automotive compliance matters to attorneys (Bar Associations), to dealerships, and to groups of dealers at the invitation of Dealer Associations.  He has presented seminars and webinars to those groups, including several since 2015 on current issues: